“Technology will reach as far as our imagination allows.” excerpted from the interview with Reuters in 2002.

Jong-Hwan Kim joined the Department of Electrical Engineering and Computer Science, KAIST, Korea in February 1988 and is currently a full professor. Dr. Kim established two national robotics research centers in 2000 and 2003, respectively, as Director and has been serving as Director for KT RoboLab@KAIST since 2007. His research interests include evolutionary algorithm, computational intelligence, evolvable artificial creature, soccer robotics, ubiquitous and genetic robotics and cyber-physical robotic system. Dr. Kim has authored 5 books and 2 edited books, 2 journal special issues and around 300 book chapters and refereed papers in technical journals and conference proceedings and his current h-index is 25 along with over 2,000 number of citations. He has delivered over 130 invited talks including 32 keynote speeches at the international conferences in 21 countries. Dr. Kim was an advisory professor for the SBS television drama, ‘KAIST’, which was aired over one year starting in Jan. 1999. His activities have been introduced as news items and articles in world media such as CNN, BBC, TF1, The Times, etc. and as documentaries four times in Korea broadcasting companies including KBS, MBC, etc. Media Link.

Dr. Kim currently serves as an Associate Editor of the IEEE Transactions on Evolutionary Computation, the IEEE Computational Intelligence Magazine and the International Journal of Social Robotics. He was one of the co-founders of the International Conference on Simulated Evolution and Learning (SEAL) in 1996. He was General Chair for the IEEE Congress on Evolutionary Computation, Seoul, Korea, 2001 and is General Chair for the IEEE International Symposium on Computational Intelligence in Robotics and Automation, Jeju Island, Korea, 2009 and Honorary Chair for FIRA RoboWorld Congress, Incheon, Korea, 2009. He has been on the program committees and advisory boards of more than 100 international conferences and co-chaired several international conferences. His name was included in the Barons 500 Leaders for the New Century in 2000 as the Father of Robot Football. Dr. Kim is the Founder of FIRA (The Federation of International Robosoccer Association) and IROC (The International Robot Olympiad Committee). He is currently serving FIRA and IROC as President. Dr. Kim was the recipient of the science and technology award from the President of Republic of Korea in 1997 and has been elevated to 2009 IEEE Fellow. 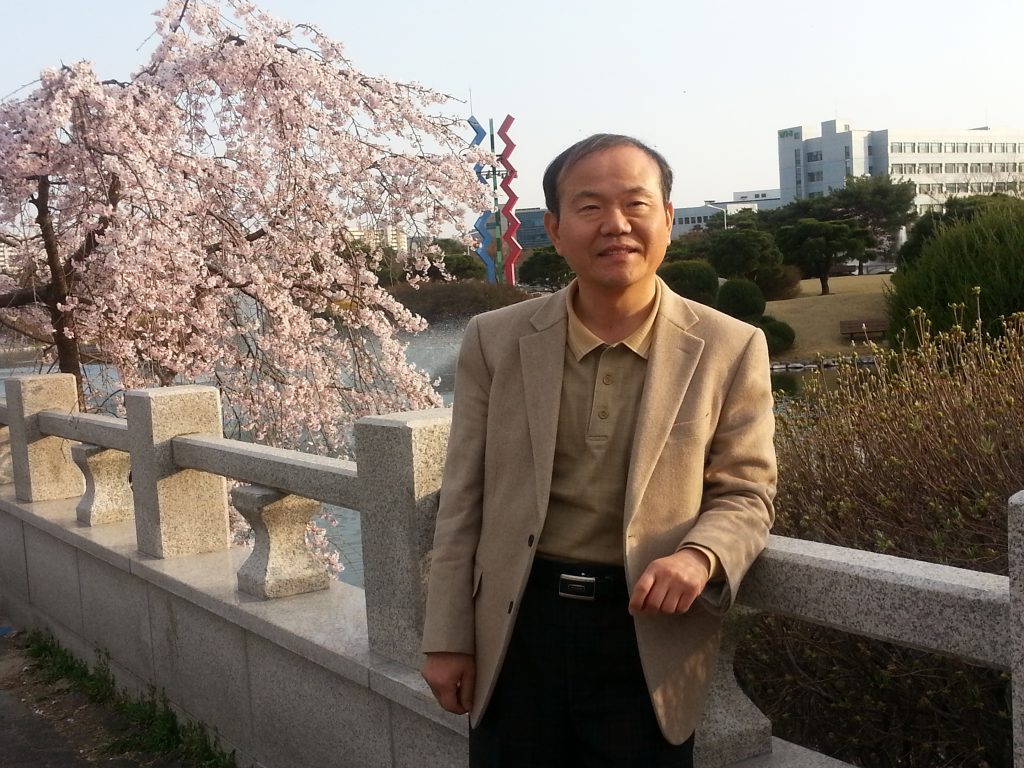 Professor Jong-Hwan Kim is the Father of Robot Football, entitled by ‘The Times’ on September 18, 1997. He was nominated as the New Century Leader 500 by ‘Barons Who’s Who’ in 2000. Micro-Robot World Cup Soccer Tournament (MiroSot) is his brainchild in October 1995. He is the Founder of FIRA in June 1997 and IROC in October 1998. He is the President of FIRA (Federation of International Robot_soccer Association; www.FIRA.net), of IROC (International Robot Olympiad Committee; www.IROC.org), and of the Korea Robot Soccer Association.

Professor Kim received his B.S., M.S., and Ph.D. degrees in Electronics Engineering and Computer Science from Seoul National University, Korea, in 1981, 1983, and 1987, respectively. From 1984 to 1988, he was a Research Assistant in the Department of Electronics Engineering at Seoul National University. Since 1988, he has been with the Department of Electrical Engineering and Computer Science at KAIST, where he is currently a Professor. He was a visiting scholar at Purdue University from September 1992 till August 1993 and at UC Davis from August 2000 till February 2001.

Professor Kim is well known for his seminal contributions to soccer robotics, ubiquitous and genetic robotics and evolvable artificial creatures. He has developed numerous novel approaches to confront new problems of evolutionary computation, soccer robotics, ubiquitous and genetic robotics, evolvable artificial creatures and “The Origin of Artificial Species.” He has shown how evolutionary scheme can be used to design a genome representing personality effectively for artificial creatures including hardware robots. Professor Kim has authored 4 books and 2 edited books, 2 journal special issues, 31 IEEE papers, 32 non-IEEE international journal papers and 192 international conference papers. He is one of the most prolific researchers as is confirmed by his h‑index of 22 along with over 1800 citations as of March 26, 2008 and 58 international invited talks in 20 countries (Australia, Austria, Brazil, Canada, China and Hong Kong, Finland, France, Germany, Italy, Korea, Mexico, Netherlands, New Zealand, Philippines, Spain, Singapore, Taiwan, UAE, UK, USA). Professor Kim received the highest possible eligible award from the President of Republic of Korea. His recent research outcomes have been introduced through the world media including CNN, BBC, The Times, among others.

Professor Kim first proposed a hybrid algorithm of evolutionary programming (EP) and the gradient-based algorithm based on Kuhn-Tucker optimality condition. He extended it to two-phase EP (TPEP), evolutionary optimization based on Lagrangian and hybrid Interior-Lagrangian penalty method for handling nonlinear constrained optimization problems.

Professor Kim developed a new domain of evolutionary algorithm by proposing quantum-inspired evolutionary algorithm (QEA) inspired by quantum computing. It was based on the concept and principles of quantum computing, such as a quantum bit and superposition of states. Instead of binary, numeric, or symbolic representation, it used a Q-bit, defined as the smallest unit of information, for the probabilistic representation and a Q-bit individual as a string of Q-bits.

Professor Kim is a pioneer in investigating “The Origin of Artificial Species” by designing a genome and general architecture for artificial creatures. He firstly proposed the genetic robot. He was the first to implement the genetic robot in a PDA phone in a networked environment.

Professor Kim firstly propound a new concept of ubiquitous robot as a robot incorporating software robot, embedded robot, and mobile robot which can be used by anyone for any IT service by any device through any network at any time at any place in a ubiquitous space. He was the first to embody the ubiquitous robot in real environment by proposing a dedicated middle layer to incorporate software robot and mobile robot to arbitrate different protocols among them.

Professor Kim firstly initiated soccer robotics, coined by him, which is a new interdisciplinary field (1995). The contributions were published as a book: “Soccer Robotics,” by Springer-Verlag (2004). He has been developing a small sized humanoid robot, HSR series, since 2000 and organized an International Winter School on Humanoid Robotics (2005) to share the technical information world over.

Finally, Dr. Kim’s contributions to our society are the establishment of FIRA RoboWorld Cup (www.FIRA.net) and International Robot Olympiad (www.IROC.org). This is why he has been christened as “the Father of Robot Football” by The Times in recognition of his contributions.

Professor Kim has made essential service contributions for the IEEE Computational Intelligence Society, Robotics and Automation Society and System Man and Cybernetics Society. He was General Chair for IEEE CEC (2001) and currently serves as a Founding Associate Editor of IEEE Transactions on Evolutionary Computation and an Associate Editor of IEEE Computational Intelligence Magazine and of International Journal of Sociable Robotics. He is the Founding Member of Technical Committee for Evolutionary Computation Society, IEEE NNC since 2001. He was a Member of International Advisory Board for IEEE CEC 2007. He has served various IEEE conferences as an IPC member and Chairs. He is one of the co-founders of the International Conference on Simulated Evolution and Learning (SEAL) and was Organizing Chair and Program Co-chair of SEAL’96 and Program Co-chair of SEAL98 and 2000.

Professor Kim is the recipient of the 1988 Choongang Young Investigator Award from the Choongang Memorial Foundation, the LG YonAm Foundation Research Fellowship in 1992, the Korean Presidential Award in 1997, and the SeoAm Foundation Research Fellowship in 1999. He was and is a Technical Advisor to Hyundai Heavy Industry Co. Ltd. and Yujin Robotics Co., Seoul, Korea, a special member of science and technology group of Korea National Assembly, a planning committee member of World Technopolis Association (WTA) and Vice President of Young Astronaut Korea (YAK).